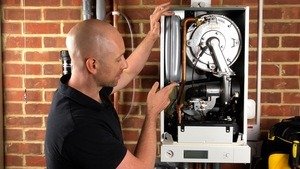 As you might have guessed by the name, Thames Boilers are boiler and central heating specialists.

Here are some of the services we can offer you. 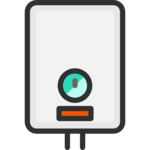 While great at saving you space, combi boilers can be tricky to repair when they breakdown if your heating engineer isn't a specialist.

I've been fixing combination boilers for almost 20 years and am experienced in all makes and models. So you can be confident I'll get your boiler working again for you.

If your boiler was installed after April 2005, it's very likely a condensing boiler. They work slightly differently to older non-condensing boilers, which means they have their own type of faults.

I've been installing and repairing condensing boilers long before they were popular, going as far back as the first ones in the 90s. So if your condensing boiler has broken down, I'm confident I can fix it for you. 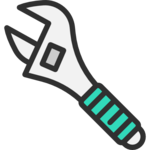 Back boilers used to be very popular, but as technology moves on, they're being replaced with new energy efficient condensing boilers.

Maybe you have one and are not ready to replace it just yet? At Thames Boilers, you can get your back boiler repaired and fully serviced. This means you can keep it going for many more years - as long as it's safe and parts are still available.

George did a great job servicing our 30 year old boiler and replacing a faulty 3-port valve. Turned up at agreed time and was very polite and kept me informed of what he was doing. Would recommend.

Very good indeed. Booked diagnosis visit the day after I called. During the first visit George checked for the most obvious fault, determined that this wasn't the problem and the diagnosed the actual faulty part. This proved difficult to source and had to be ordered in from Germany, but George returned just over a week later to fit - job done. George is very polite and courteous. I will use again for servicing and would happily recommend him.

Excellent communication, pleasant and friendly did a great boiler service.

Boiler fix. George diagnosed the issue with the boiler straight away. He told us how much the part would cost, then came back the next day with the part and fixed it! Very speedy service, would recommend.

Error code on boiler, had to have pcb replaced. George arrived on time, knew his trade, tried to fix the code without changing he pcb, asked me to send him a photo the night before so he could bring parts to save me money. I googled the code, knew the price I could buy the pcb and it needed changing and his total cost wasn?t much more than I could have brought the card. Really pleasant guy, who wanted to deliver good service, you could tell it was important to him. I would use him again and recommend. I called 18:30 last night and he was around this morning and I don?t feel ripped off. That?s good for a heating engineer !!!

Very pleased with the service received. George was polite, professional and kept the work area tidy. He offered various options for solutions and was very clear in explaining what the reasons were which meant we could make an informed decision without wasting money trying different things first which would have cost more. He arrived on time, provided a written quotation and final invoice and there was no over-charging or delays in responses to my questions. Would highly recommend his services to family and friends.

Thames Boilers are specialists in repairing and servicing Vaillant boilers. I'm familiar with all models, including the Ecotec, Ecomax, and Turbomax range. I've attended training from Vaillant themselves at their UK headquarters.

Like with Vaillant, I'm experienced in servicing and repairing Worcester Bosch boilers too. Whether you have a new Worcester Greenstar condensing boiler, or an older Cdi - or any other model, I can help you with servicing it and getting it working if it's broken down.

Potterton & Baxi boilers are very popular around the Dartford area, especially in more newly built homes. Potterton models such as the Suprima and the Performa and getting to the age where they're likely to break down. If you own one of these models - or any other Potterton boiler - please get in touch if you need it serviced or repaired.

Baxi and Potterton are pretty much the same company and, these days, make identical boilers. It's great for heating engineers like me because it's easier to obtain parts for them. This wasn't always the case though. Before the merger with Potterton, Baxi were famous for making back boilers (a boiler that sits behind your gas fire) called a Baxi Bermuda.

Ideal are a long established British boiler manufacturer, like Baxi & Potterton. Ideal boilers used to be great. That all changed when they launched their Icos and Isar range in the 2000's. These boilers make up most of the Ideal boilers I get called out to, because they're so unreliable. Since then, Ideal have improved their boilers and will perhaps one day earn back their old reputation. 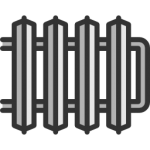 The pump is the heart of your central heating system. If it fails, nothing else will work. Symptoms of a broken central heating pump are: Some radiators getting hot, but not others; Your boiler overheating; Banging noises coming from your boiler or your airing cupboard. It's quite easy to replace most pumps, so if yours goes wrong, don't hesitate to call for a free estimate.

Also called Motorised Valves, these parts control when your heating and hot water turn on and off. When they go wrong, they can give you call kinds of symptoms. The 2 most common ones are your heating coming on with your hot water, or your heating not coming on at all (even when you turn the thermostat up). Like your central heating pump, these are reasonably easy parts to replace, and usually can be completed in a couple of hours.

Sometimes a boiler is beyond economical repair, or the parts you need for it are not available anymore. Or maybe you're doing some home improvements and decide it's time to upgrade the boiler.

This is when you have a combi boiler and would just like a new one fitted in the same place. These are the most straight forward and lowest cost boiler replacements. Most people have this type of boiler change carried out when their old combi boiler is just too old to be repaired anymore. 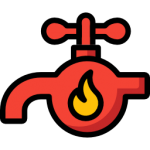 A boiler upgrade is when you need something more than a straight replacement. For instance, you may have an old back boiler and would like to upgrade to a modern combi boiler to help save some money. Or you plan to have a loft extension and need a better boiler to cope with an additional bathroom. 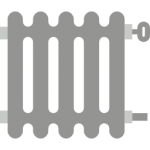 This is where your whole heating system is removed, including your boiler, pipes and radiators - and replaced with a whole new one. People don't usually have this work carried out unless they're completely renovating their home, or their old system is so bad (or poorly designed) that replacing the whole thing is their best option.

It's important to service your boiler once a year to keep it working safely and efficiently. You can also spot small problems before they turn into big expensive ones.

Condensing boilers need to be serviced a little differently to conventional boilers. On some services they may need a gasket replacing (often called a "burner seal"). These are usually an additional ?20-?30. Also, condensing boilers have a part on them called a "condensate trap". This needs to be checked and cleaned as part of the service.

Combi boilers can be serviced just like any other boiler. Despite their additional components, servicing these boilers is quite straight forward. It's also a good opportunity to catch any problems, like small water leaks, before they do too much damage.

If you have a back boiler, it's important to service it every year. This is because older back boilers have flue system called an "open flue". These systems are safe when installed properly and correctly maintained. But if they're not, there's a high risk of your boiler producing deadly carbon monoxide. I recommend servicing your back boiler once a year, without fail.

Would You Like More Information On Any Of These Services?

Find out more or adjust your settings.

This website uses cookies so that we can provide you with the best user experience possible. Cookie information is stored in your browser and performs functions such as recognising you when you return to our website and helping our team to understand which sections of the website you find most interesting and useful.

Strictly Necessary Cookie should be enabled at all times so that we can save your preferences for cookie settings.

If you disable this cookie, we will not be able to save your preferences. This means that every time you visit this website you will need to enable or disable cookies again.