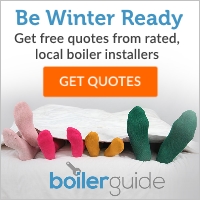 Can You Replace A Honeywell Smartfit Programmer?

Honeywell Smartfit was billed as the “next big thing” in the mid 2000s. It was a heating controls system where you plugged in all the components and they just worked, without extensive heating wiring skills.

Smartfit used data cable to connect everything up and used Honeywell’s proprietary language for all the components to communicate. The downside of this was that if any part of the Smartfit system failed, you’d need to replace it like-for-like, so you were locked-in to their system

A bit inconvenient you might think, but all well and good.

Yes, until Honeywell decided to discontinued their Smartfit range.

And that’s what I came across the other day.

My customer in Grays had a Honeywell Smartfit Programmer that stopped working, but I couldn’t get a replacement through the usual channels.

So what are your options?

Option 1: Take your chances on Ebay

This is what I did for my customer. We managed to source a direct replacement programmer that was brand new, but it was very expensive (?160).

This is only a temporary solution because the old stock that’s floating around will eventually be bought up and installed. You, however, might get lucky and find what you need for a decent price. 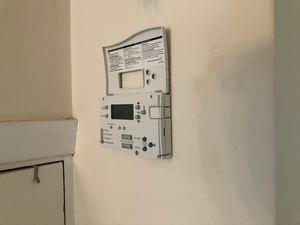 Sounds a bit drastic, doesn’t it? Unfortunately, it’s the only way to truly future-proof your system.

It’s not a small (or cheap) undertaking, but as prices of secondhand Smartfit components rise, it may be the better long term option.

Honeywell recommend the “Sundial RF2 Pack 3” as a Smartfit replacement kit. This kit consists of a 2 channel programmer (for heating and hot water), a wireless cylinder thermostat and a wireless room thermostat. The wireless thermostats make installation easier and cheaper because you don’t need to install new cables for them.

Bear in mind that you will also need to replace your motorised valves too. You will either have 2 x 2 port valves (called an S-Plan system) or 1 x 3-port valve (called a Y-Plan system). Your local heating engineer or myself can advise you on which system you have.

So to buy all the parts you need to replace your Smartfit system will cost between £290 and £390, plus the labour of a heating engineer to carry out the installation, which will be between £250 and £450, depending where you are in the country.

This is quite a pricey option, but when individual Smartfit components are selling for £150+ each on Ebay, it may be cheaper in the long run.

If you would are in the:

postcode areas and would like a quote to replace your Honeywell Smartfit control system, please call me on 01322 788418. I’ll answer any questions you have – and talk you through your options.

Please don’t call if you are outside these postcode areas. All of the information I have is in this article and I won’t be able to offer any more help.